Welcome (back) to Basel

So says my landlady, at least. I returned from work today to find a brand new welcome mat just inside my door and a welcome packet (could have used this 2 months ago!) on my desk.

The welcome mat is well timed though. Today saw Basel’s first snow fall. It’s been snowing all day but so far only a couple of inches accumulation. Mostly just light flurries since noon or so, but still damn cold. For a country with insane hygiene laws I find it really odd that there are no snow plows or salt trucks and no laws requiring the removal of snow from sidewalks. Even in public areas like the central tram station, they just don’t bother. Makes me wonder what their personal injury laws are like…

Are we even now?

Basel’s mass transit system is made up of a fantastic tram and bus network. You can get just about anywhere in probably 20 minutes or so. They run like clockwork on a set schedule and there’s even an electronic board at the larger stops telling you how many minutes away each tram or bus is. It’s all pretty cool.

END_OF_DOCUMENT_TOKEN_TO_BE_REPLACED

Not because of the 3.1 magnitude earthquake this morning, though I’ll never get used to the god damned ground moving under me. Apparently earthquakes less than 3 are minor enough that you generally won’t notice them but even one as small as 3.1 will cause the walls to shake and quite a bit of noise, but no damage.

No, it wasn’t the earthquake. I’ve been sick all week and it culminated in a bit of a fever last night. The worst part about being sick is definitely the loss of appetite. I like to eat. Eating and not enjoying it, heck, not even being able to taste your food, sucks. And even worse, I’ve been feeling a little bit nauseous after each meal so I’ve been eating as little as possible.

I really hope I get the taste back in my mouth before my flight to New York next week. It would really suck to be back and not enjoy all the great food that awaits me there.

This BBC story about Swiss hygiene inspections explains why I had to pay a CHF80 (about US$65) cleaning fee up front when I moved in to my apartment. Totally bizarre, if you ask me. No one wants to move into a filthy house but this sounds downright insane!

I haven’t been able to continue with my project365 since I’ve been traveling (I have some that I’ll be posting but I missed a day or two) so when it came time to upload a picture today I decided to take one using the same dreary looking pose I used when I first began. Check out this spooky photo morph I made using MorphX: 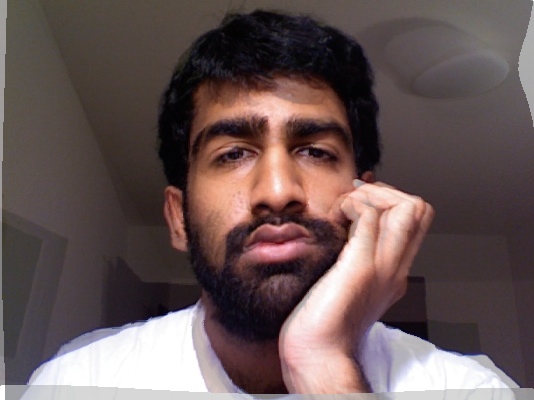 Anyone who knows me at all knows I don’t like combing my hair. In fact, I hate combing my hair. On most days I would spend maybe 30 to 45 seconds on it and that’s if I decide to put something in it. Like a gel of some sort or of late a pomade-like substance. Other times I just push it down with my fingers so it’s not looking all crazy looking. And then there are the times when I don’t even do that much and it IS all crazy looking. Especially after towel drying.

END_OF_DOCUMENT_TOKEN_TO_BE_REPLACED

No, I’m not in Sweden

No, I’m not in Sweden. I don’t know why everyone keeps confusing the two. If anything, Switzerland should be more well known! Cuckoo clocks, watches, cheese (with holes in it), [hot] chocolate and, most important of all, Ricola!!

END_OF_DOCUMENT_TOKEN_TO_BE_REPLACED

Yay, all my socks are blue now

Just what I wanted! Color-safe my ass.