Resetting the chronograph on the Tissot PRC 200 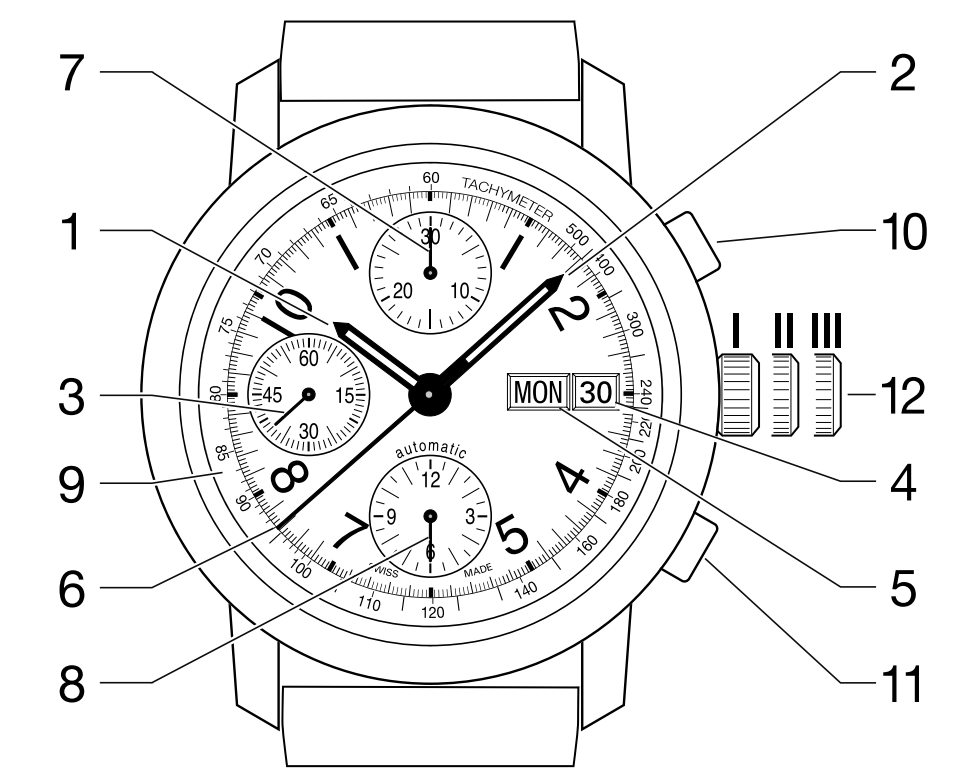 The large seconds hand (#6 in the diagram above) on my watch somehow got screwed up; when resetting the chronograph, it would always rest on 56 instead of zero. Apparently fixing this is an undocumented feature, though really quite easy to do.

Simply pull out the crown (#12) to the second position as if setting the date. Now, when you press the reset button (#11) the seconds hand will advance by one. Just keep pressing it until you reach zero and you’re all set!

I got this creepy voicemail today on an unused Vonage number that I have:

PS. this is just an excuse for me try out the new HTML5 <audio> tag, which apparently doesn’t work in Firefox 3.6.x.